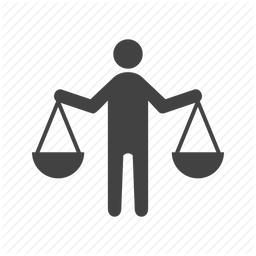 Importance of Integrity in Science for Society
Integrity and trust in science has presently become more important to the public because of concerns of climate change and the COVID-19 pandemic.  The safety of nuclear power and the threat of radiation releases has always been a concern to citizens, and public scrutiny of nuclear safety issues has been detailed.

The move in the career of Monideep Dey, PhD from the private industry to public service in 1985 was prompted by his calling to serve the public interest through assuring safety of the public from nuclear hazards.  His many publications during his service at the U.S. Nuclear Regulatory Commission (NRC) is a testament to that dedication, resulting in his promotion to the highest professional position (GS 15) very early in his career.

In 1999, he initiated an international project led by the NRC to validate computer models to predict the propagation of fires in nuclear plants.  Such models were being considered for use by the NRC in nuclear safety regulation.  The project included scientists from Germany, France, UK, and Finland.    However, at the close of the project Dr. Dey concluded the models had not met the quality standards necessary for use in nuclear safety regulation.

Unfortunately, bending to industry pressure, his supervisors directed him to change his results to make the models acceptable for use in safety regulation.  Dr. Dey refused to do so to uphold the integrity of the study he had conducted.  He appealed his results to an independent NRC technical panel which agreed with his conclusions and recommended publication of his studies.  But his supervisors were determined to suppress his studies.

Dr. Dey was forced to retire in 2006 after 21 years of federal service.  Given his high level of recognition and past performance, multiple charges were fabricated to justify the agency's actions.  His studies were buried and censored from the public.  The studies were subsequently published by him in this website in 2009 (see publications).

Monideep Dey left the NRC knowing he had served the public interest which was his original vision and calling to public service.  Since then, for the past 14 years he has continued his career participating as a US delegate at the International Organization of Standardization (ISO).

In 2013, he was elected Chairman (Convenor) in an ISO technical committee which included methods from his studies at the NRC in a fire safety validation standard it published in 2015.  In 2019, he co-authored an ISO Guide for use in certifying fire protection based on computer models.

He continues to be dedicated to public service by using his experience in regulation and standards to assist developing economies improve their national quality infrastructure, which is a critical element in sustaining economic development and environmental and social well being.  Dr. Dey presently serves as the US expert to the Strategic Alliance and Regulatory Group in the ISO Committee on Conformity Assessment.

His philosophy in life continues to be that, “right matters” and “the truth matters” and these principles must be upheld no matter of the consequences.  Society is best served by always adhering to these principles of integrity.
Monideep Dey has been active in private life in work on global environmental issues, including forest conservation (see article by USDA); and has also engaged in philanthropic activities of goodwill around the globe (see Philanthropy).